Porcelain dolls like those displayed in the nursery were a luxury during the 19th century. There were no doll factories in the United States until very late in the century, so dolls were either homemade or imported from Europe.

Click on the thumbnail to view larger image and read more about the item. 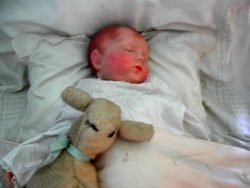 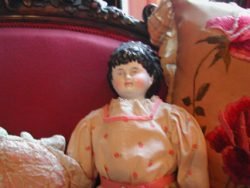